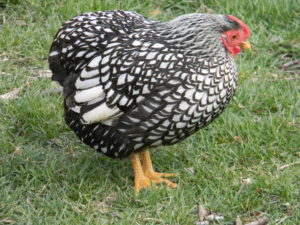 The Wyandotte is a moderately sized bird that appears in many varieties. They are found throughout the United States and are popular as a dual-purpose chicken.

Being used for both meat and eggs makes the Wyandotte a dual-purpose bird. They produce brown eggs and are good additions to any small flock. The Wyandotte is a good forager and can survive in rather harsh conditions. Unfortunately, Wyandottes have some faults that can make them inefficient chickens: they are often undersized, lay small amounts of eggs, and have single combs. 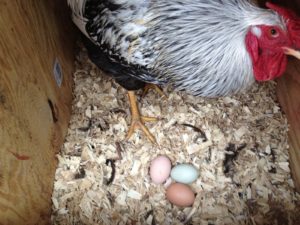 Regardless of the variety, although most important in the white variety, Wyandottes have smooth, broad feathers that produce smooth, contoured lines of the body. Most Wyandottes have rose combs. Although single-combed Wyandottes exist, they are not desired. They have moderately long wattles and a short head and neck. The back and the tail of the Wyandotte are short. Wyandotte cocks usually weigh around 8.5 pounds and hens are about 6.5 pounds.

Originally known as the “American Seabright” or “Seabright Cochin” breed, the exact origin of the Wyandotte remains unknown to this day. It is believed that the Silver Laced Wyandotte, the first Wyandotte variety accepted to the breed standard in 1883, originated in New York. Experts believe that the original Wyandottes were bred by crossing Dark Brahmas with Spangled Hamburgs. Later in the breeds history, other varieties were developed elsewhere in the United States. For example, in 1880 Silver Laced Wyandottes and Partridge Cochin-Browns were crossed in Wisconsin to create the Golden Laced Wyandotte. The Columbian Wyandotte variety was bred for the 1893 Columbian Exposition in Chicago, for which it was named. 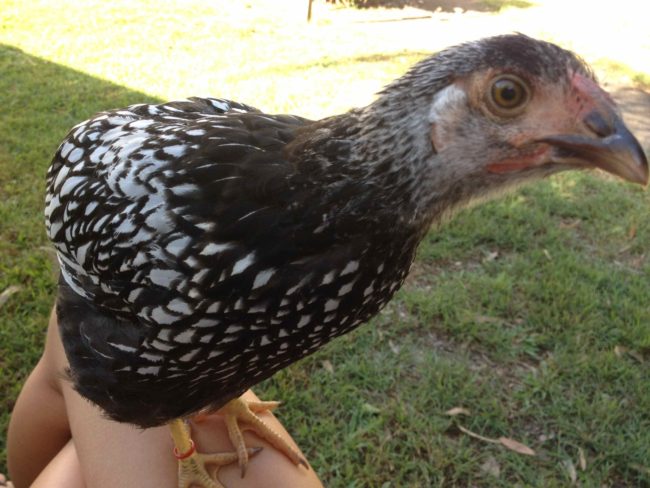