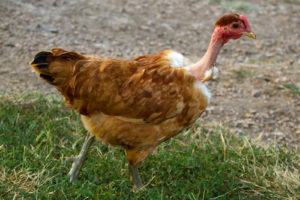 The Turken Chicken got its unusual name from its appearance. Some people believed that they were the offspring of a mating between a Turkey and a Chicken, and thus their unusual name. Contrary to mythology they are 100% chicken! Other common names for the Turken are “Transylvanian Naked Neck” and “Naked Neck” Chicken.

Turkens have naked necks and are slightly bald on the back of their heads, the front of their necks has a small tuft of feathers, and the area around their vent (anus) and lower belly has very few feathers. The naked neck gene is dominant, so any first generation offspring, even if crossbred with another breed, will have a naked neck. 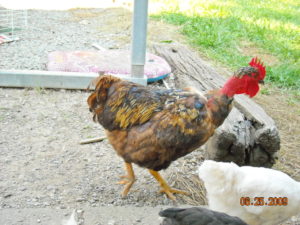 Turkens come in both standard and bantam size, and range in color from buff, white, black, black-breasted red, pearl and silver. The naked area on their necks turns red when it is in the sun, making their resemblance to the turkey even stronger.

The breed originated in Hungary, but it was Germany that perfected the breed to what it is today. Turkens are quite hardy in cold weather though in very harsh climates they will need additional protection. This is required because they lack feathers in some areas, and feathers act as a sort of insulation in the cold. Due to their light feathering this breed also does well in warm climates. 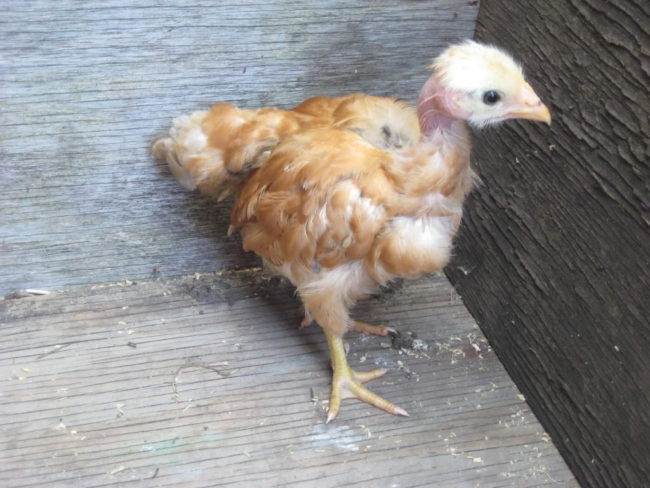 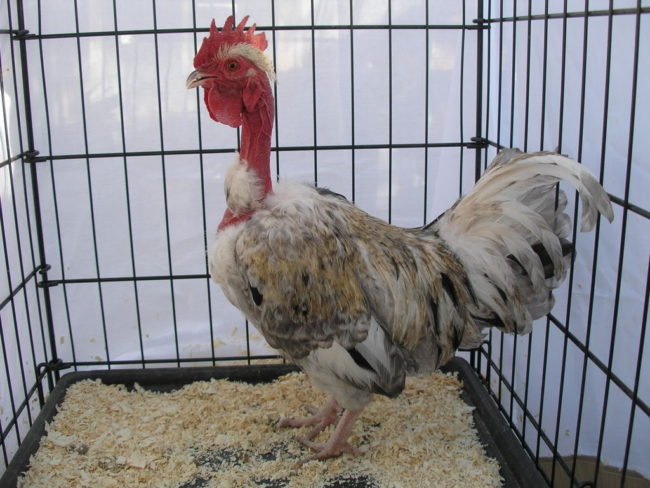