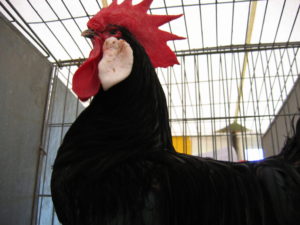 The Minorca Chicken is also called the Red-Faced Black Spanish Chicken. They are moderately sized birds that, while once popular as egg layers, are now primarily exhibition fowl.

The Minorca’s original use, which it is still suited for today, was the production of large, white eggs. As non-broody hens, they do not tend to sit on their eggs. Minorcas are alert, active animals. They grow slowly and are narrow, which makes them less then ideal for meat production. The Minorca Chicken is generally a good forager, capable of finding food on the farm or barnyard on which they live.

The heaviest of the Spanish chickens, Minorca cocks generally weigh around nine pounds. The hens average around seven pounds. Minorcas have several striking characteristics that have made them popular as an exhibition bird. These include large combs and ear lobes, long wattles, and very full tails. Their bodies are long and slender, yet quite muscular. Their legs are muscular as well. Minorcas appear in both single or rose comb varieties, with plumage varying between buff, white and black. 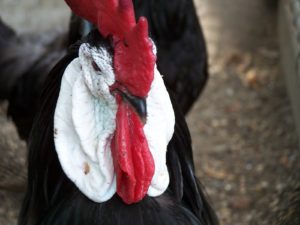 Once commonly used for egg production, for which it is still one of the most popular breeds in Spain, the Minorca is now used primarily as an exhibition fowl. The Minorca has been known throughout the world since about 1888, when they were first admitted to the standard. Minorcas were first bred in the Mediterranean Sea. The name “Minorca” stems from the name of an island in the Mediterranean. Originally bred as a dual-purpose breed, selection for egg laying resulted in a slender bird that was not ideal for meat production. When selection occurred to produce an exhibition bird, the egg-laying capabilities took a dive as well, although they are certainly still capable of laying high quality eggs. 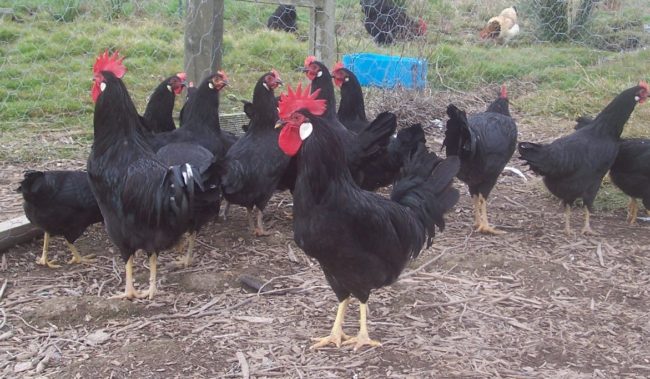