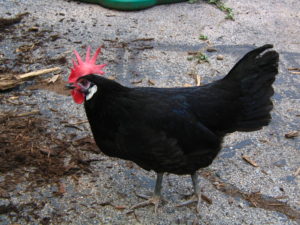 A chicken more highly valued for its ornamental properties than for its productive capacity, the White-Faced Black Spanish Chicken is common as an exhibition fowl. 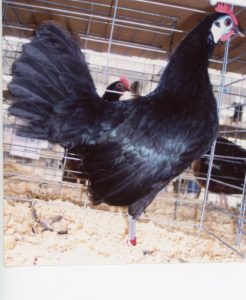 A slightly larger than average chicken, White-Faced Black Spanish should weigh between 6.5 pounds (hens) and eight pounds (cocks). Their name is a reference to the white skin that surrounds their wattles and faces that is, in actuality, an oversized ear lobe. Except for this white skin, the plumage of the White-Faced Black is entirely black and they have red combs and wattles.

The White-Faced Black Spanish is considered one of the oldest breeds of Mediterranean fowl known to man. They came to the United States from the Caribbean, to which they had been exported from Spain. Their Spanish ancestry earned them the name “The Fowls of Seville.” During the Colonial period, they were very highly valued in the southern United States. 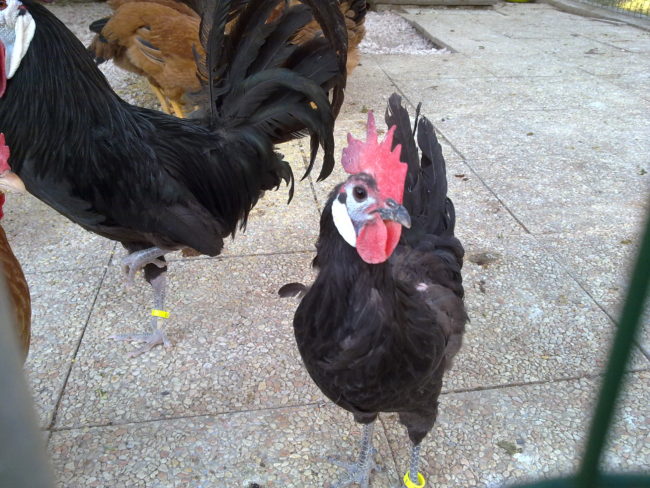