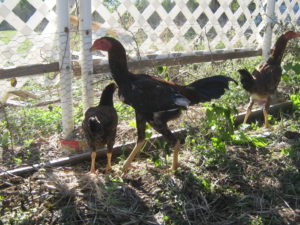 Saipan Chickens are commonly called Jungle Fowl; however, they are not to be confused with true Jungle Fowl. They are quite different in appearance and temperament from many true Jungle Fowl, and are valued for their beauty.

Saipan Chickens, particularly the cockerels, are quite territorial. Males will attack people or other birds in their enclosures, and will defend their females fiercely. Conversely, female Saipan Chickens are reported to be docile, calm, and easy to handle. They may be kept with a male as long as he does not bully them, although males may be easier to handle when they have no hens to defend. Male Saipan Chickens should not be placed in the same enclosure. They may bully other birds of different species in their enclosures, particularly territorial birds. Saipan Chickens are, however, naturally gregarious, and may be less stressed when kept in a harem situation. 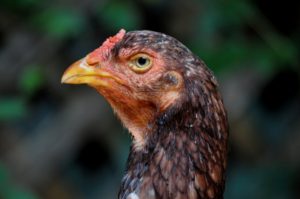 Standing two to three feet tall, Saipan Chickens are quite large. Females are often smaller than males, which usually weigh 10 to 12 pounds. Female Saipan Chickens have duller coloration than males. Their bodies are usually colored with brown and buff shades and white. Males, however, have impressive colorations. Their feathers have metallic sheens, and their bodies are golden or bronzed. Necks are golden to green, and the crown is usually bright red or rusty in color. 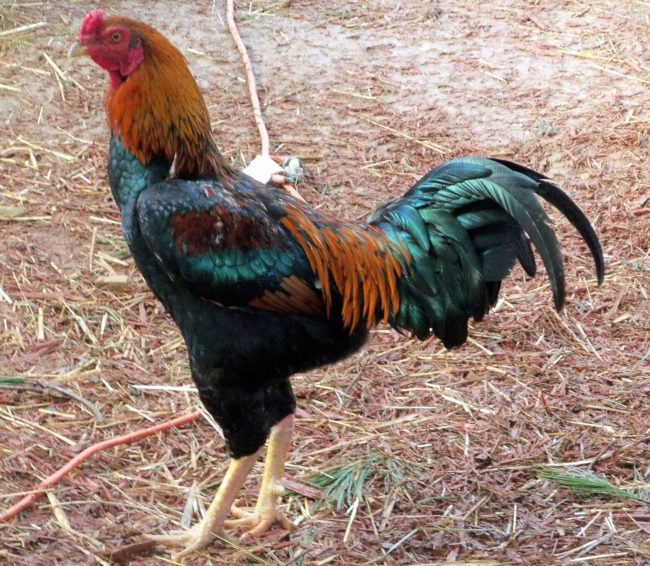 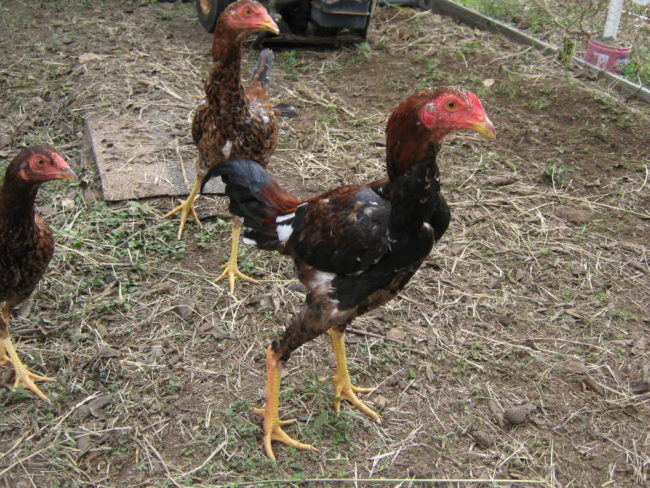