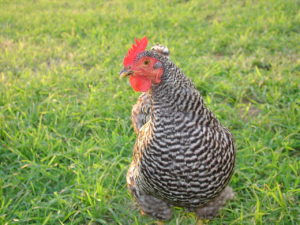 The Plymouth Rock Chickens have been combined with many other chickens throughout the years to produce the variety of chickens that exist today. They have a variety of different brands of chickens available within the same family. It is a great farm chicken because they are produced for the meat and the eggs.

The Plymouth Rock Chicken does best in a farm setting. They have a gentle and docile temperament. They are easy to tame and not generally aggressive. Some of the Plymouth Rocks tend to get big, so the owners have to watch them and tame them early to avoid the bird becoming aggressive. Because of the Rock’s size, it could become a problem if they did become aggressive. 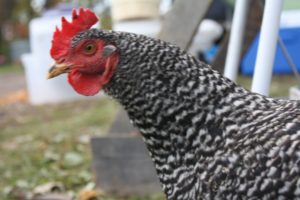 The Plymouth Rock has been bred with many other kinds of chickens and different strains of the chickens are available. Some strains of the chickens are known for laying good eggs, while some of them are known for their meat. Depending on what you are more interested in, you can pick what suites you best. With all the different varieties available, it makes it easier to pick and chose what kind of chicken you would like.

The Plymouth Rock tends to be a large chicken. Its feathers are loosely connected to the body so they are held on, and yet do not tangle easily. The chickens have a medium sized comb, a broad, long back with a full breast. These are the general characteristics of them. The different strains of chickens look a little different from brand to brand. Cocks tend to weigh 9 * pounds, hens weigh 7 * pounds, cockerels weigh 8 pounds and pullets weigh 6 pounds. They have a yellow colored skin and their eggs are brown. 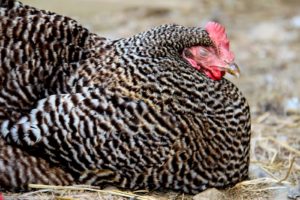 The Plymouth Rock was developed in America and was first shown as a breed in 1829 in Boston. These birds were made up of several chickens. The first one that became popular and well known is the breed that was made with the Dominique and the Black Cochin. This breed was called the Barred Plymouth Rocks. This particular breed was very popular and was one of the most bred chickens up until World War II. This breed was the foundation breed; there are a couple of others that are fairly popular also. There is the White Plymouth Rocks, which are white types of the Barred Plymouths. Buff Plymouths are another variety of the chicken and they are from Rhode Island. Dark Brahma and Silver Penciled Wyandotte were used to produce Silver Penciled Plymouth Rocks from the state of New York. There is also the Blue, Partridge and Columbian Plymouths, which are a mix of several different breeds. As the demand for white eggs, not brown eggs, grew, the popularity of these birds decreased. They are still kept for breeding purposes and meat. 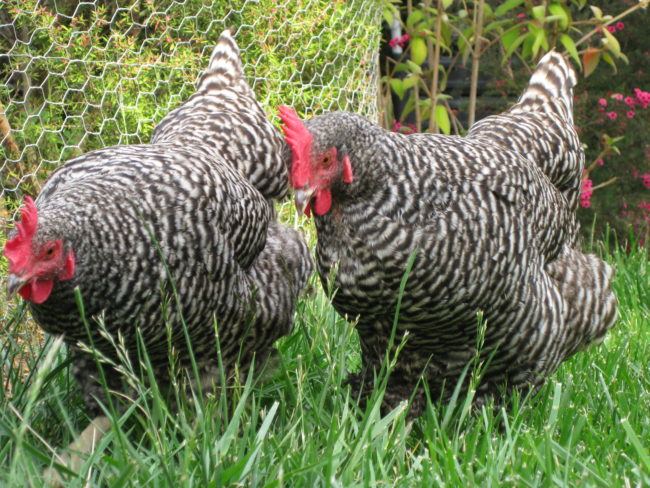 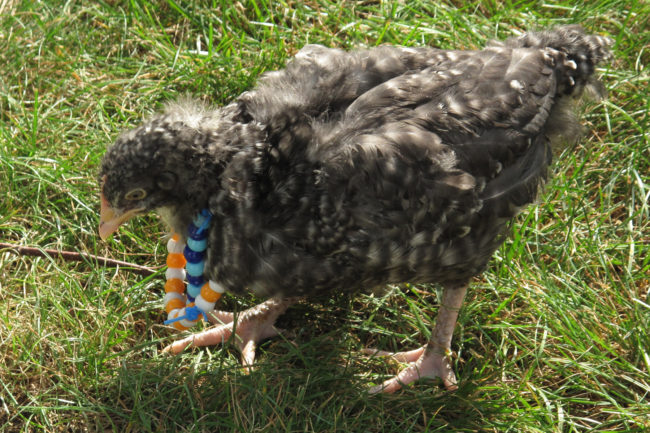