One of the old breeds of domesticated fowl is called the Langshan and it originates in China. While back in the days this fowl was only bred for eggs and meat, today they are valued an used mainly as ornamental birds.

The Langshan chickens are well tempered, friendly animals, with a pretty hardy build and are valued from both a production – eggs and meat – point of view, but also from an ornamental one, due to their beautiful appearance.

The Langshan is moderate in size, just a bit smaller than the Cochin breed. However, similar to the latter, they also have feathers on the legs and feet, although the rest of the plumage is not as dense. The tail of the Langshan cock is rather considerable in length, reaching up to 44 centimeters long and it is well spread. 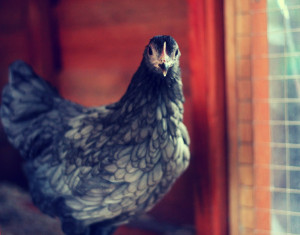 Having a pair of long legs, their size tends to seem a bit larger than it is in reality. Single combed, the Langshans can appear in several color varieties, of which the most popular are the blue, the white and the black. The latter is also endowed with a greenish sheen at feather level.

Originating in China, more precisely in the Langshan district situated up north of the river Yangtze, the Langshan is considered a purebred domesticated fowl. Popularity touched them in the second half of the nineteenth century, when they were brought to England by Major Croad. A bit more towards the end of that century, this breed also reached the United States, where it also gain a high popularity.