The Ring Neck Dove or Laughing Dove is perhaps best known for its gentle temperament. They are good-natured social creatures that do well kept in indoor and outdoor aviaries.
The domestic Ring Neck Dove comes in a variety of colors. Originally whites and fawns were the only colors available. 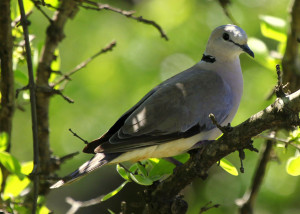 In the 1960’s breeders began experimenting and through selective breeding have developed a large number of varieties. Please see the related article on dove color variations ‘Ring Neck Doves: A Rainbow of Color Varieties’ for detailed descriptions of each variety. Over the years much research has been done behind the genetics of dove color variations.

Some of the findings include the discovery of a sex-linked gene that contributes to the white color in many varieties. In addition it was discovered that many other colors including dark and blonde had sex-linked gene origins. It must be noted that the gene responsible for the Albino versions is not the same for normal whites. The Albino coloration is a result of a genetic mutation which gives rise to a lack of melanin. 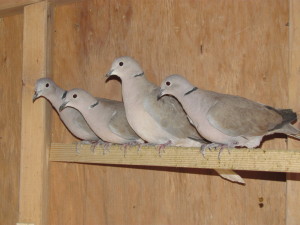 Melanin is what is responsible for coloring in all animals. Recessive genes cause some of the color variations; one such example is the Rosy variation. The first dominant gene caused color mutation was the tangerine. New color variations are emerging constantly. The Ring Neck Dove lives an average 15 years, though some may live over 25 years.
The Ring Neck Dove must be kept in an aviary, which allows plenty of room for flight. They do well in both indoor and outdoor cages.

The Ring Neck Dove has been kept domestically for at least 1,000 years. Some sources say over 2,000. Initially they were used for sacrifice in religious rituals and latter were bred as pets. Ring Neck Doves were commonplace in the United States beginning with the first settlers who traveled with Columbus on his maiden voyages. The Ring Neck Dove today is kept as a pet in aviaries throughout the UK. 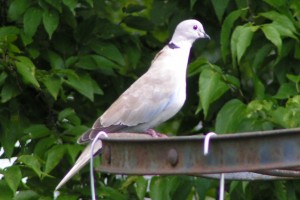 This strain (Streptopelia risoria) differs from the wild variety (Streptopelia decaocto) seen commonly in flight within the UK.
Ringneck Doves are easy to care for. They make great pets and tame easily. They are not known to bite and for this reason they can be handled by children and adults, alike.
They can be kept in either large indoor cages or in aviaries. If kept in a cage, a Cockatiel or Parrot sized cage is ideal, as long as they get some flight time outside the cage each week.

For feeding, a regular parakeet seed mixture is fine. You can also mix some safflower seed and cracked corn into a parakeet mixture for more variety. There are also some seed mixtures available, specifically for doves. Being seed-eating birds, grit is essential and should be provided in a separate cup at all times.

Ringneck Doves can be tamed easily, usually with very little effort. Wing clipping is not necessary and is not recommended for doves because they cannot climb to safety, like parrot family birds. Ringneck Doves should never be released outside like Pigeons because they have very poor homing instincts and usually will not survive for very long.

Ring Neck Doves can be bred as early as six months of age. Incubation is approximately 10 to 14 days, with hatchlings remaining in the nest with parents until one to two months of age. It is not uncommon for a mating pair to raise five broods within a single year. Both male and female Ring Neck Doves act as parents. 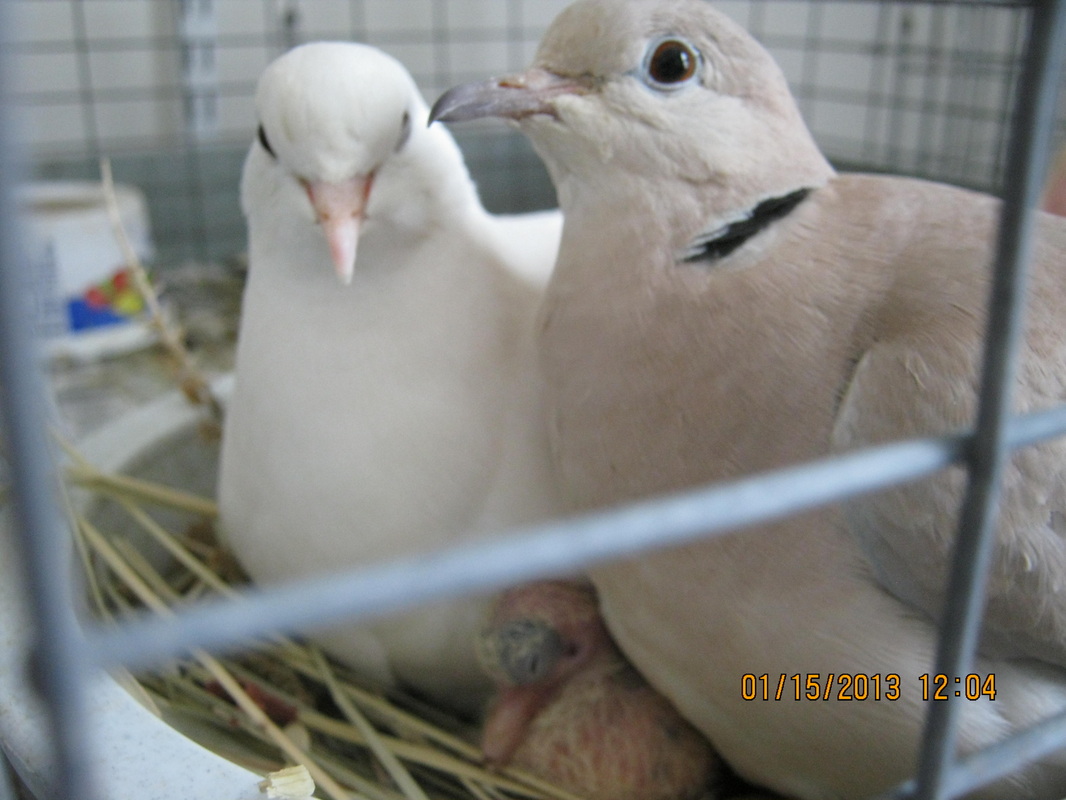 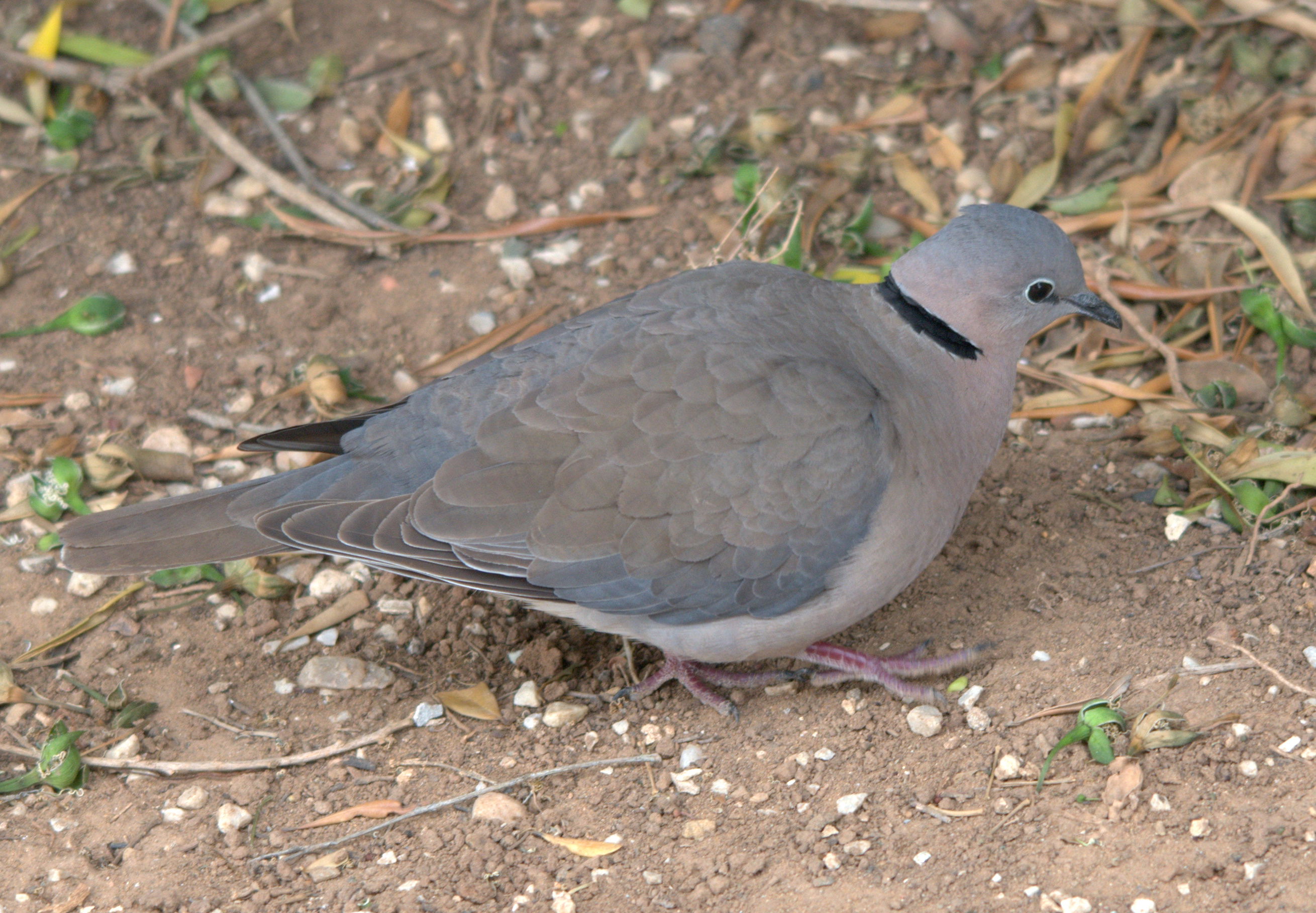 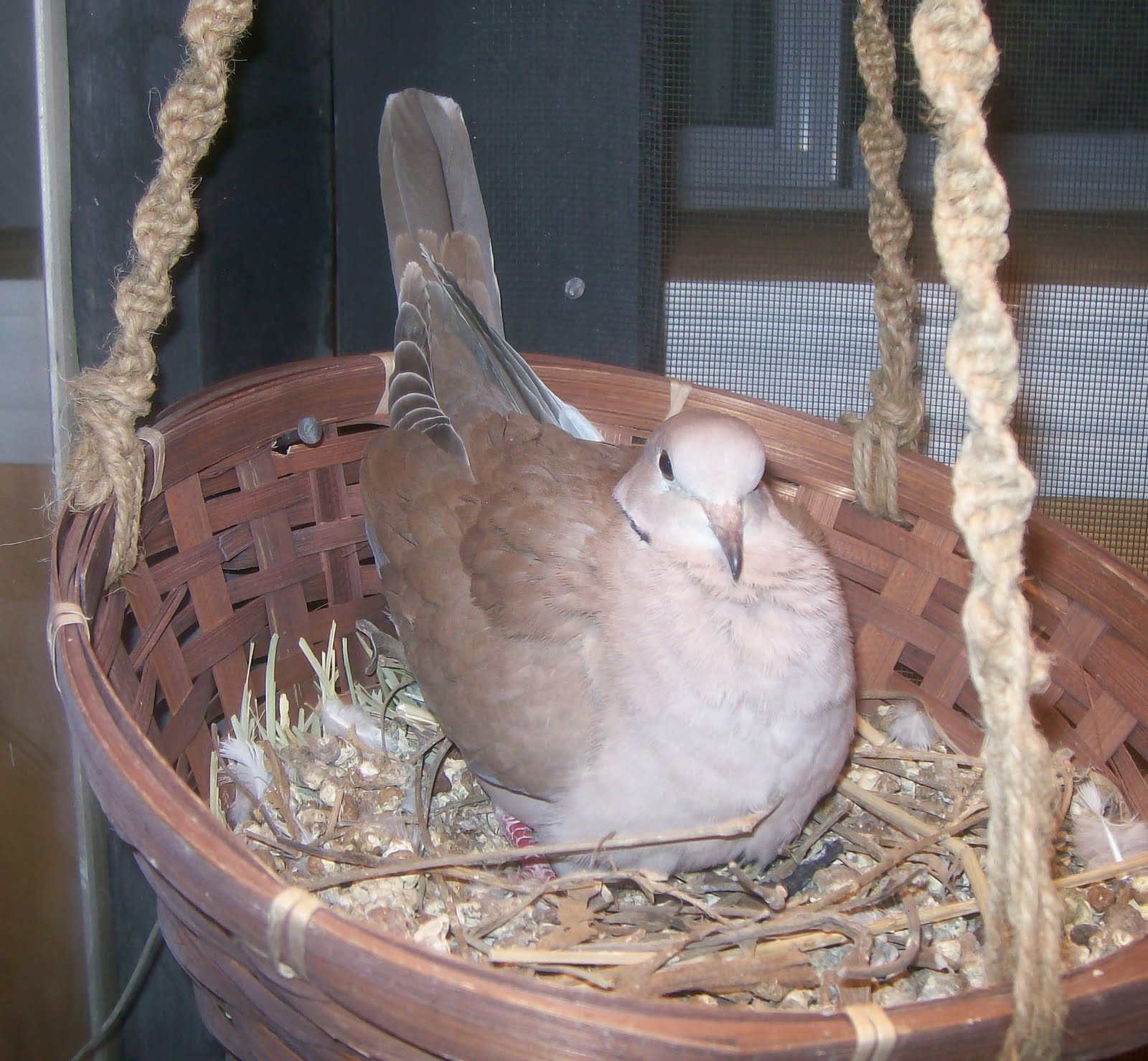